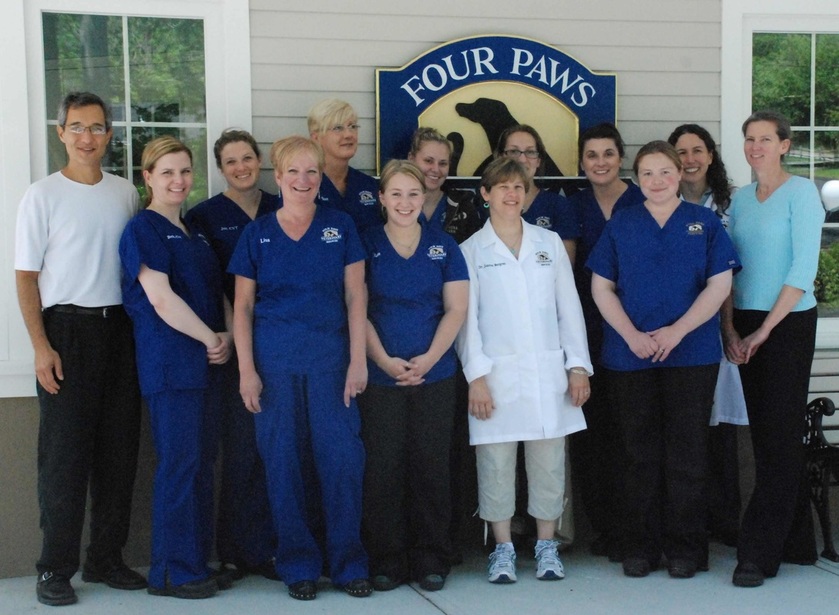 Joanne Bergren, DVM
Dr. Bergren decided on a career in veterinary medicine when she was 7 years old.  After growing up in the suburbs of Chicago, she attended Bucknell University where she received her Bachelor's of Science degree in Biology in 1987.  She then returned to Illinois to earn her DVM from the University of Illinois, College of Veterinary Medicine in 1991.  Since earning her DVM, Dr. Bergren has practiced as a small animal veterinarian in Illinois, Pennsylvania and Connecticut.  Dr. Bergren lives with her husband, two daughters and cat Jasper. When at home, Dr. Bergren enjoys digging in the garden, cooking, baking and spending time with her family.

Jenny Gamble, DVM
Dr. Gamble hails from Virginia and received a Bachelor's of Science and Master's in Biology from the College of William and Mary in Williamsburg, Virginia in 1998 and 2000 respectively.  Dr. Gamble's Master's work focused exclusively on animal behavior, for which she has a strong affinity.  She graduated from Tufts University, College of Veterinary Medicine in 2004 and has worked in southeastern Connecticut every since.  She joined Four Paws Veterinary Services, PC in the summer of 2008.  In addition to practicing veterinary medicine, she enjoys spending time with friends and family, cooking, reading, playing the piano and doing anything outdoors with her rescue dog Josie!

Cheryl Monteiro, DVM
Dr. Cheryl Monteiro earned a Bachelor's of Science in Biology from Tufts University in 1989 and a Master's degree in Animal Science form the University of Rhode Island in 1992 where her research focused on pain management.  She graduated from the University of Minnesota College of Veterinary Medicine in 1996.  While attending veterinary school she received the Caleb Dorr Award for scholastic achievement and a Memorial Scholarship for collegiate citizenship and academic excellence.  She worked in a small animal private practice in New York before moving to Connecticut.

Nickie B.
A compassionate and accomplished technician, Nickie joined Four Paws Veterinary Services in 2019 and assists the veterinarians in caring for our many wonderful patients.  Nickie enjoys farming and agriculture and is passionate about her family's herd of steer.  You may see her at local fairs with her successful team of pulling oxen! 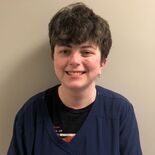 Magan B.
Having spent many years working in animal husbandry, Magan watches over the clinic's boarders and hospitalized patients while keeping the clinic orderly and clean.  She has a love for animals and having grown up on her families farm, is very comfortable around animals of all shapes and sizes.

Nicole B.
Nicole has been assisting clients at Four Paws Veterinary Services since 2017.  Nicole has a kind and compassionate personality and is always welcoming to both clients and patients.  Her attention to detail and professionalism brings much to our veterinary care team.  When not at FPVS, Nicole enjoys volunteering at the Mystic Aquarium, traveling, creative writing and spending time with her two cats Sol an dBeppo and her fiance Marco. 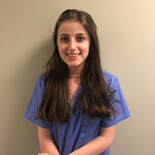 Ellie B.
Ellie began working at Four Paws Veterinary Services in February 2021.  She is a high school student and has an interest in animal care.  When not attending school or working, Ellie spends a lot of time and effort as a competitive dancer.  Ellie's family has many animals including cats, birds, a dog and a lizard.

Renee C.
Renee recently joined the Four Paws Veterinary Services team in late 2019.  Her strong animal care and customer service skills bring much to our client care team.  With a bright and sunny disposition, you will find her at the front desk happy to wait on our clients with a smile and eager to offer a kitten or puppy a gentle pat on the head.  At home, Renee and her significant other Paul enjoy the company of their fishes, two Bengal cats Junior and Luna, and parrots Hendrix and Mango.

Karcher D.
"Kasha" joined Four Paws Veterinary Services in July of 2006 shortly after the practice purchased Old Mystic Animal Clinic.  Kasha has a way of making clients feel very comfortable as they often ask for her by name.  A skilled veterinary assistant, she divides her time between assisting the doctors with patient exams and treatments, laboratory procedures and reception.  Kasha also keeps a steady watch on any patients hospitalized over the weekend as well as the few resident cats that call the clinic home.  She lives with her husband and their three daughters, two dogs, two horses and numerous chickens. 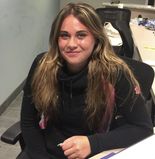 Abby D.
Abby began interning at Four Paws Veterinary Services during her senior year at Waterford High School.  With an interest in exploring a career as a veterinary technician (nurse), Abby worked as an intern, earning high school credit while also gaining exposure to the multiple employment opportunities within a small animal clinic.  Abby was hired as a receptionist following graduation from high school.  While not working at FPVS, Abby enjoys visits to the beach, snowboarding and spending time with her cat Beans and her dog Ruby. 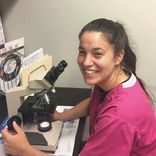 Erin G.
Animals have always been a huge part of Erin's life.  She grown up with dogs, horses, rabbits and many other kinds of critters.  Erin got her first rabbit when she was seven years old and started riding horses at that same age.  When not at work, Erin spends her time riding her Quarter horse Missy and caring for the rest of her animal family.  Erin is  enrolled at the University of Rhode Island, where she is currently working on her bachelors in animal management.  Erin's two pitbulls Tommy and China are always by her side along with her feisty cat Virgil.  With the three of them, there is never a dull moment.  Most of Erin's animals are rescues that have finally found a safe and permanent home with me. 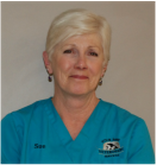 Sue H.
A valued member of our clinic team since September of 2006, Sue wears many hats.  Having worked in small animal veterinary practice for many years, her experience also comes from a lifetime of owning and living with animals.  Sue assists the veterinarians with surgery and patient exams as well as occasionally assisting clients in reception with a smile on her face!  In her spare time, she enjoys spending time with her family, two Havanese dogs, two cats and an African Gray parrot.

Skye L.
With a love for all animals, Skye assists clients in taking excellent care of their pets.  She can be found at the clinic's reception desk keeping things running smoothly.  She has a strong customer service and business background.  Skye is also passionate about helping local animal control departments and homeless pets find their new families.  Skye enjoys sailing, traveling the world with her husband and spending time with her Dachshund Mabel and cat Jax. 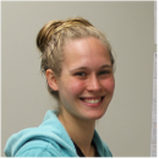 Mindy M.
Mindy started at Four Paws Veterinary Services during the summer of 2013 as a veterinary technology student fulfilling an externship requirement.  Having demonstrated the ability to apply what she was learning in tech school, a keen attention to detail and a strong work ethic, Mindy was offered a position at Four Paws Veterinary Services, PC even before she had graduated.  Mindy earned her Associate's of Science in Veterinary Technology from Becker College in 2013.  Mindy assists the veterinarians with patient exams, treatment procedures and surgery.  She has an interest and aptitude for performing the many laboratory tests that are run in-house at Four Paws Veterinary Services, PC and is frequently found in our laboratory in front of the microscope.   During her time away from the clinic, Mindy enjoys playing lacrosse, attending outdoor country music concerts and spending time with her fiancé and two dogs Leya and Buck. 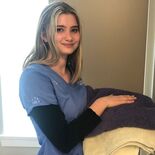 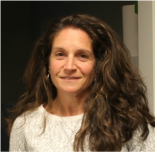 Lisa R.
Originally from the Boston area, Lisa earned her Bachelor's of Science Degree in Accounting from Bridgewater State College.  She moved to Southeast Connecticut in 2003 with her young family, a cat and a dog.  Lisa began work at Four Paws Veterinary Services in 2006 as the bookkeeper, a position that continues to develop simultaneously with the growth of the practice.  Bookkeeper only begins to describe Lisa's role at FPVS as she not only keeps track of the financial records but also plays a central role as a human resource manager juggling the many aspects of that that position. 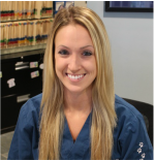 Lauren R.
Growing up with a love for animals turned into a passion as an adult.  During her high school years, Lauren's first job was working at a local kennel.  It was here that she became interested in veterinary medicine.  Following high school, she took on-line courses through Penn Foster Career School and earned her Veterinary Assisting Certificate.  Lauren started working as a veterinary assistant in 2012.  Lauren joined Four Paws Veterinary Services in 2015.  With a positive attitude and ability to multitask, Lauren works as a technician assisting the veterinarians in the exam rooms, treatment area and surgery suite.  When not working, Lauren enjoys honing her equestrian skills with her horse Morrie, skiing and working on creative art projects.  Lauren and her boyfriend dream of someday sharing their home with a puppy! 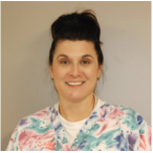 Laura S.
Laura started her veterinary technician career in 2000.  She joined Four Paws Veterinary Services very shortly after Dr. Gamble in 2008 as the practice began to require additional technician staff.  Having previously worked with Dr. Lawrence Monteiro prior to the acquisition of his own business, Laura was a perfect addition to the clinic team.  Laura assists with surgery and examinations, as well as keeping the clinic well stocked with prescription food.  Laura's love and compassion for animals is exemplified by her very gentle and sympathetic approach to handling both ill patients and their owners.  She lives with her husband, dog  and Red Eared Slider. 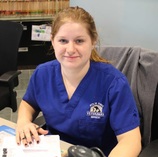 Chelsea W.
Chelsea began working at Four Paws Veterinary Services during her senior year of high school.  She has continued her education and is presently pursuing a Bachelor's of Animal Science at the University of Connecticut.  Chelsea works at Four Paws as a receptionist and technician assistant always eager to help clients and patients that visit the clinic.  She hopes to one day own and operate a mobile grooming service which would allow her the ability realize her passion of working with animals.  When not attending college or working, Chelsea enjoys spending time on her family's farm with her mule Remington, mini donkey Waylon, bunnies Thumper and Little B, cats Pippy, Junior and Earl and dog Callie. 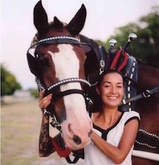 Justine W.
Justine's best friends have always been animals of all shapes and sizes.  With a strong background in business and customer care, Justine enjoys keeping clients happy.  When not at the reception desk at Four Paws Veterinary Services, Justine works as an accredited horseback riding and driving instructor and trainer.  At home, Justine enjoys the company of her two lorikeets Birdo and Rainbow, and her poodle Cootie.